So. Did you see the new Star Wars movie?  I bet.  How many times did you see it?  Just once?  Twice?  Three times?!  Bet you’re wishing the next one in the series would come out tomorrow, don’t you?  There a LOT of time to go before then.  Well I’m going to let you in on a little secret here.  If you’re looking to get a fix of a little more Star Wars fiction, EPL has got your answer.  Just last week I put up a display of Star Wars books of all kinds and, if I do say so myself, it’s beautiful.  We have graphic novels, histories of the films, fictional stories speculating on what the characters got into after Return of the Jedi, the works.  But if you’d like to whet your whistle from home, not a problem.  Anything I list here can easily be placed on hold by just selecting the title.

So here is a plethora of Star Wars fiction and nonfiction for you.  You may well find that there’s a whole world out there to discover. 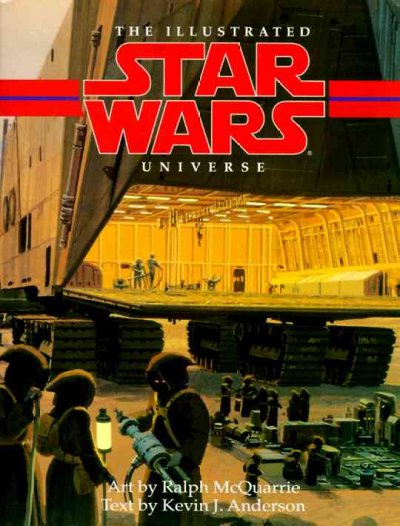 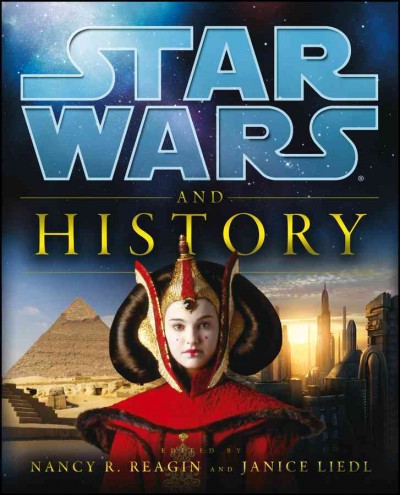 Star Wars and History – An analysis of the historical patterns that influenced the creation and storyline of the Star Wars saga. Star Wars took place long ago in a galaxy far, far away, but its epic stories are based on our own history. From Ancient Egypt and the Roman Empire to the French Revolution and the Vietnam War, this book explores the major historical turning points, heroes, and villains in human history and their impact on the creation of the Star Wars saga. 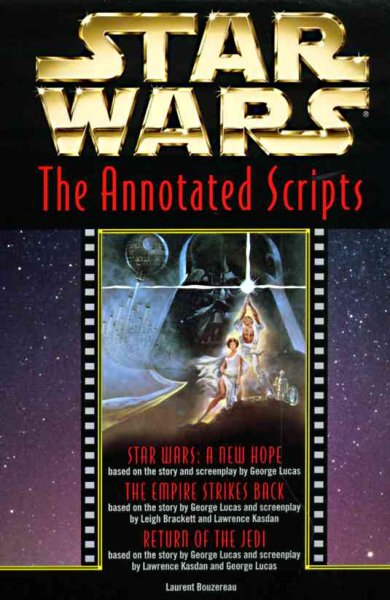 Star Wars: The Annotated Screenplays by Laurent Bouzereau – Provides the complete screenplays of the three Star Wars films, and provides background information about how the scripts were developed 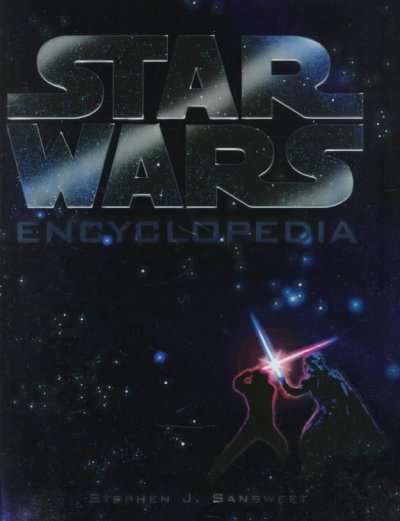 Star Wars Encyclopedia by Stephen Sansweet – It’s from 1998 so don’t expect anything too updated, but it should still have some interesting information in it.

Star Wars Storyboards: The Original Trilogy – For the first time, Lucasfilm has opened its Archives to present the complete storyboards for the original Star Wars trilogy the world-changing A New Hope and its operatic sequels,The Empire Strikes Back and Return of the Jedi as well as never-before-published art from early conceptual and deleted scenes. From the opening chase above Tatooine in A New Hope to the Battle of Endor in Jedi, this book presents the visual inspiration behind now-iconic moments. Readers can finally see a full set of storyboards by legendary artist Joe Johnston, as well as early boards for Episode IV by Alex Tavoularis and for Episode V by Ivor Beddoes, rarely seen Episode VI boards by Roy Carnon, and Ralph McQuarrie’s never-before-seen storyboards for Episode V.

Star Wars: Scoundrels by Timothy Zahn – Han Solo, Chewbacca, and Lando Calrissian work together on a potentially lucrative heist in the hopes of paying of Jabba the Hutt’s bounty on Han’s head. 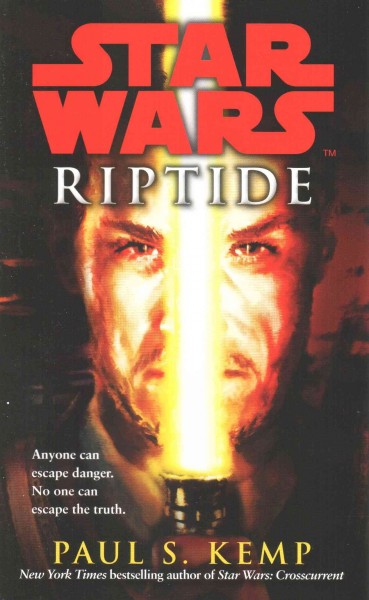 Star Wars: Riptide by Paul S. Kepm – In the process of vanquishing a shipload of Sith from the distant past, Jedi Knight Jaden Korr uncovered the frozen results of a horrific cloning experiment: insane Jedi-Sith clones. Only some of those clones thawed… and now they’re loose in a galaxy that has enough to deal with under the tightening grip of the evil Darth Caedus.

Star Wars : Darth Plagueis by James Luceno – Darth Plagueis: Like all Sith Lords before him, he craves absolute power. But like no Sith Lord ever, he possesses the ultimate power—over life and death. Darth Sidious: In secret he masters the power of the dark side, while publicly climbing to the highest government office. One desires to rule supreme; the other dreams of living forever. Together, they will destroy the Jedi and rule the galaxy. Unless merciless Sith tradition becomes their undoing. . . . 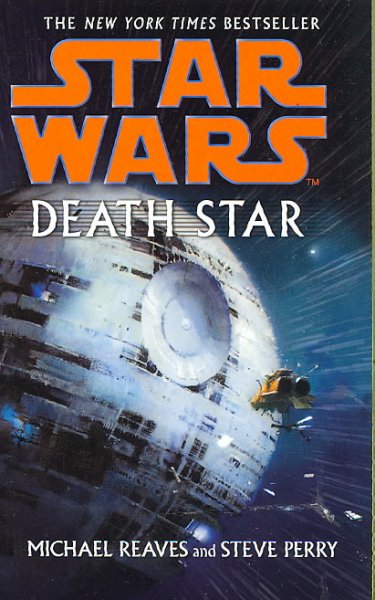 Star Wars: Death Star by Michael Reaves – Emperor Palpatine’s ruthless ambition to control the galaxy may be realized if he can wield the Death Star to destroy the Jedi Order. 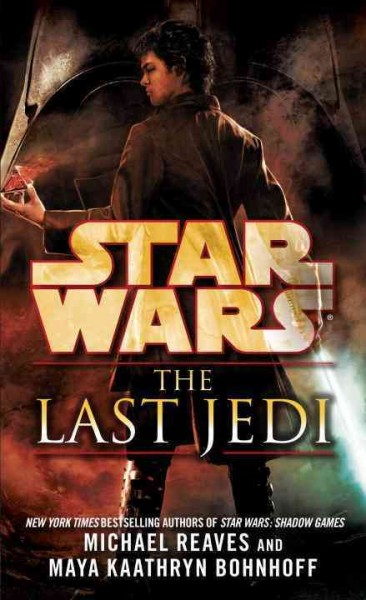 Star Wars: The Last Jedi by Michael Reaves – When Jax Pavan, one of the few remaining Jedi, takes on the vital mission of transporting a rebel leader away from Coruscant, he and his crew face the might of Darth Vader, who will stop at nothing to exterminate the Jedi. 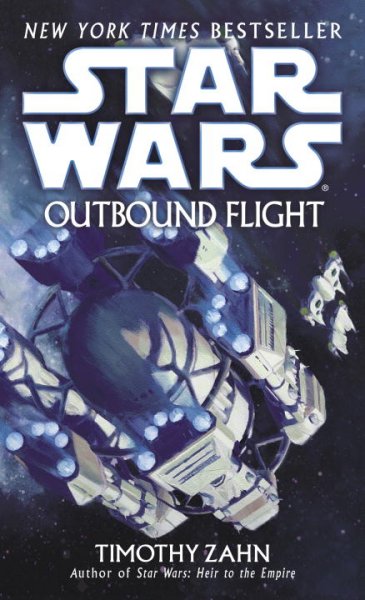 Star Wars: Outbound Flight by Timothy Zahn – The Clone Wars have yet to erupt when Jedi Master Jorus C’baoth petitions the Senate for support of a singularly ambitious undertaking. Six Jedi Masters, twelve Jedi Knights, and fifty thousand men, women, and children will embark–aboard a gargantuan vessel, equipped for years of travel–on a mission to contact intelligent life and colonize undiscovered worlds beyond the known galaxy. The government bureaucracy threatens to scuttle the expedition before it can even start–until Master C’baoth foils a murderous conspiracy plot, winning him the political capital he needs to set in motion the dream of Outbound Flight. Or so it would seem. For unknown to the famed Jedi Master, the successful launch of the mission is secretly being orchestrated by an unlikely ally: the evil Sith Lord, Darth Sidious, who has his own reasons for wanting Outbound Flight to move forward . . . and, ultimately, to fail.