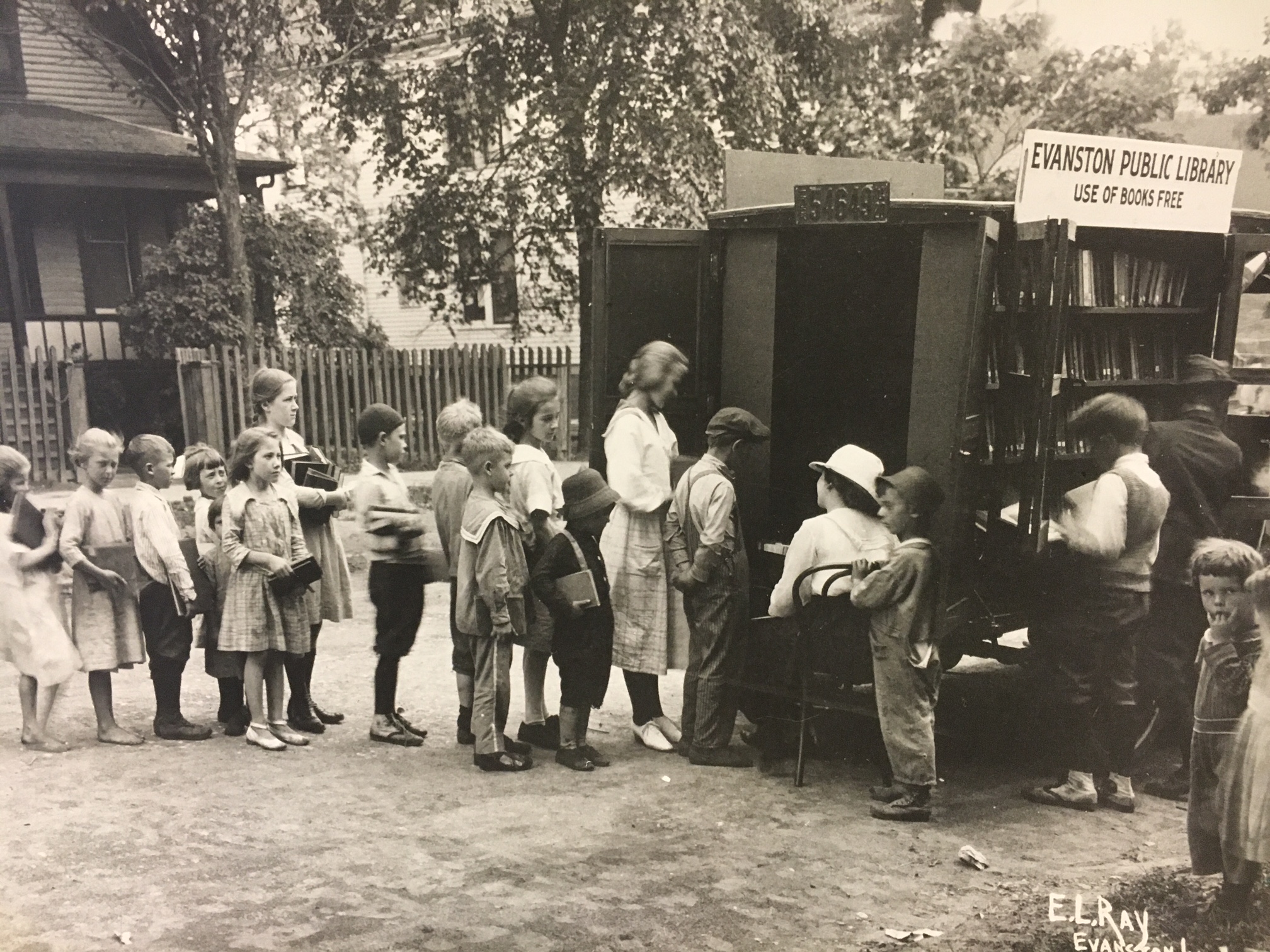 Saying that you were the first to do anything is always a risky proposition.  Have you ever looked into the history of earmuffs?  The different claims as to who was the first to invent them have cropped up all over the place over the years (even inspiring the great picture book Earmuffs for Everyone by Meghan McCarthy).  As a general rule it’s tricky to prove when you’re the first at much of anything.

But Evanston Public Library really did have the first city bookmobile.  Yup.  No question about it.

Now granted, it wasn’t the first bookmobile ever.  Lots of bookmobiles had been created with the intention of bringing literature to the more rural communities out there.  It was the idea of having a bookmobile for city rather than country residents that was innovative at the time.  After all, why would a city need a bookmobile when you had a public library?  Never mind that travel back then was far more fraught than today, or that the hours the library was open might not coincide with the hours of your average everyday working American.

The site Bookmobiles: A History provides us with some interesting information on the topic.  Initially the Chevy turned into a bookmobile was dubbed the “Book Auto” but that rudimentary moniker was switched out soon thereafter for “The Pied Piper”.  With its ice cream truck-like looks and little horn that it would blow every two blocks, it wasn’t the craziest of names.

Former driver Charles Ferran wrote of the Piper at the time, “ ’Honk! Honk! Honk!’ goes an automobile horn on the corner… the children understand it and come flocking from all over the neighborhood crying, ’Libraree! Libraree!’ ”

This bookmobile may yet have another distinction to set it apart from the pack.  There is a strong possibility (though confirming this is difficult) that it was also the first bookmobile where the librarians read stories to the children.

Not that it didn’t contain a fair number of adult titles as well.  Indeed, along its route the bookmobile would make a point to stop by the Mark Manufacturing Company. Located at 1900 Dempster Street, the Company was Evanston’s largest employer in the early 20th century.  Many of its workers were immigrants, and so the librarian Ida F. Wright loaded The Pied Piper with books in German, Italian, Polish, Swedish and Norwegian.

For more information about bookmobiles of the Evanston variety and otherwise, please be sure to check out the following sources: 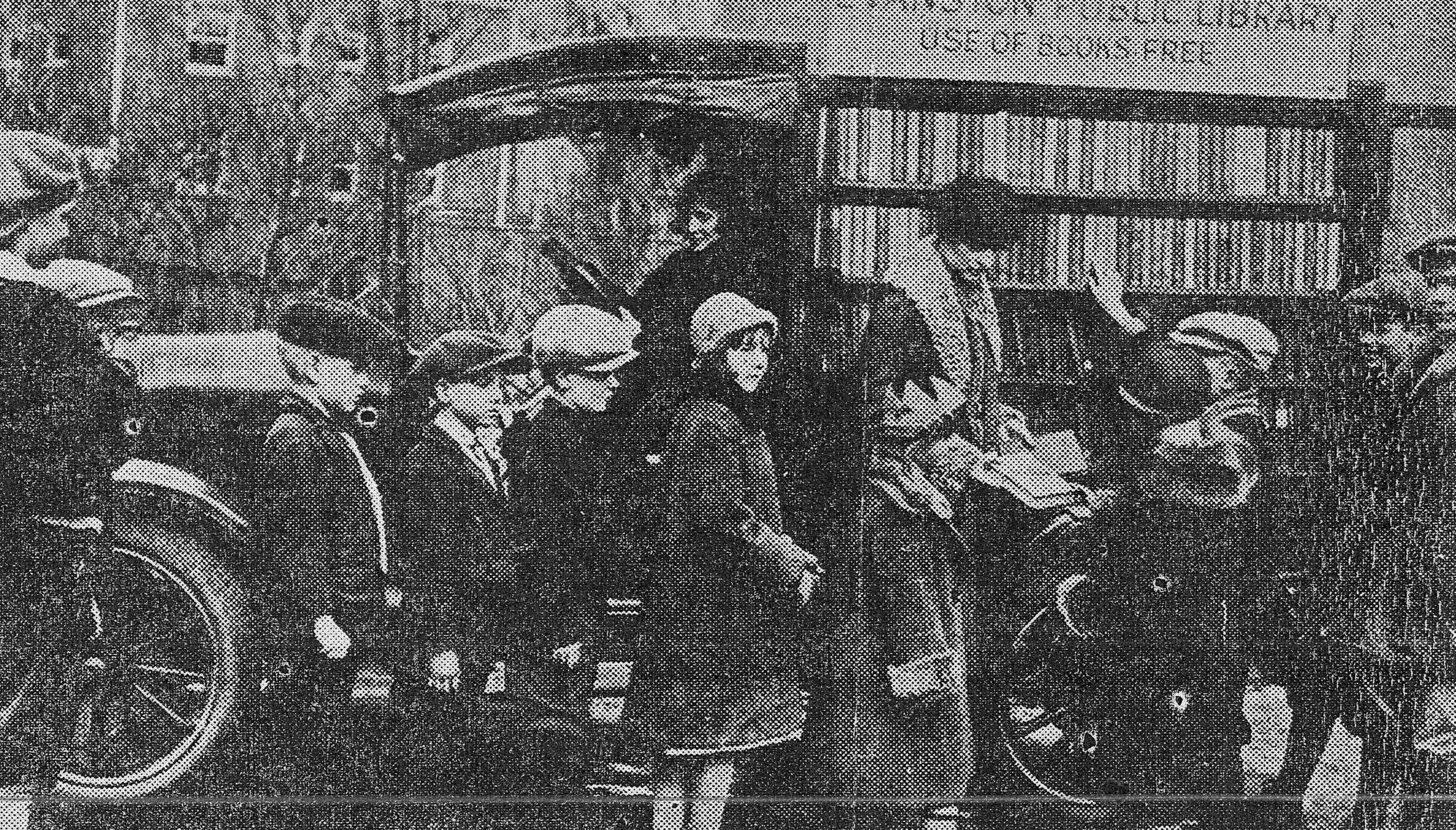