“Witches are born, not taught.” But is this really true? In this fast-paced adventure, Coco, a young girl with an obsession with magic, will stop at nothing to find out!

When Coco spies on a real witch casting a spell, she learns spells are not told or written – They are drawn. Trying some for herself has disastrous consequences though, setting Coco off on a journey to learn magic that she always dreamed of, but for reasons she could have never imagined.  Seen as an outsider by others, Coco tries her hardest to make things right, but seems to find trouble at every turn.

Will Coco ever master the art of magic? Will she win the acceptance and friendship of other witches? Will she ever see her family again?

You’ll have to see for yourself!

Minako is an everyday 13 year old middle school student when one day a talking cat named Artemis tells her about her about her magical power to transform into Sailor V and about her mission to protect Earth from the Dark Agency.

A precursor to Sailor Moon, Codename Sailor V introduced the world to Naoko Takeuchi and her cast of magical girls. Now, dear reader, I’m not going to lie to you. I’m certainly obsessed with the Sailor Scouts and, by far, Sailor V is my favorite. If you like Sailor Moon you must read Codename: Sailor V, it’s a wonderful prequel to the entire series and helps the reader invest more deeply into the beautiful and powerful Sailor Venus. 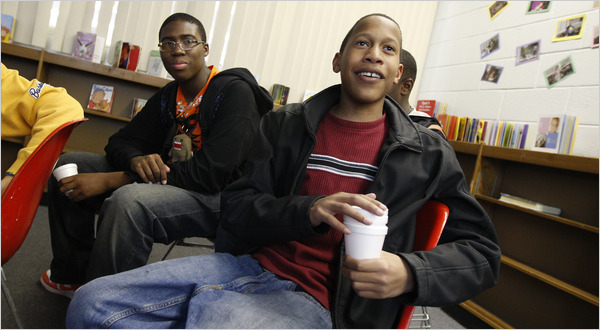 My mother, a dedicated 5th grade teacher, deplored comic books and refused to allow them in her classroom. “All kids do is look at the pictures; they don’t learn to read that way”.

Dear old Mom. She was right about some things, (yellow is not my color) but dead wrong about comics…or graphic novels as we call them now. Not only do kids read them, they read them in Japanese.

Yup, American teens in places like Queens New York are so inspired by Japanese manga that they’re studying Japanese, giving themselves Japanese names and even choosing colleges based on their Asian studies programs. Read about it in this New York Times story.