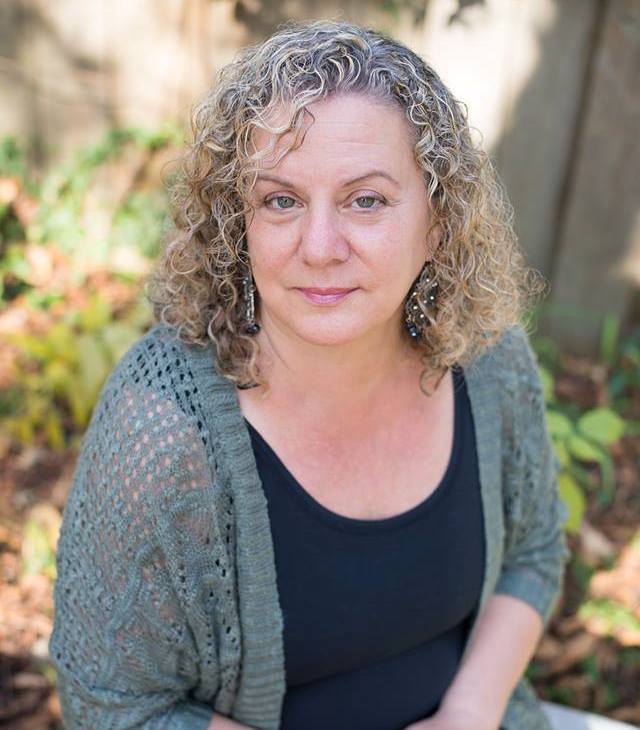 The 2nd Annual Evanston Literary Festival might be nearing its conclusion, but rest assured, there is still plenty of book-loving fun to be had this weekend thanks to Northwestern University, Bookends & Beginnings, the Chicago Book Expo, and your very own EPL.  What’s more, here on Off the Shelf we’ll continue featuring interviews with some of the participating authors, poets, and graphic novelists even after the festival wraps.  Next up is poet Dina Elenbogen.  A teacher of creative writing at the University of Chicago Graham School and of Jewish Studies at the University of Illinois Chicago, Elenbogen is the author of the poetry collection Apples of the Earth and the recent memoir Drawn from Water: An American Poet, an Ethiopian Family, an Israeli Story.  She has received fellowships and awards from the Illinois Arts Council, the Ragdale Foundation, the Evanston Arts Council and Hilai Artists Colony in Israel, and her work has appeared in magazines including December, Prairie Schooner, Poet Lore, Tikkun, and Rhino as well as in anthologies such as Lost on the Map of the World, Where We Find Ourselves, and Brute Neighbors.  On Saturday, May 14th at 5:30 pm, Elenbogen will share her work as part of the “5 Poets, 20 Poems” reading at the Unicorn Cafe, and in anticipation, we spoke with her via email about her poetic origins and inspirations, her writing process, and his new poem “Missing.”

Evanston Public Library:  Can you tell us a little about your background as a poet?  What started you writing poetry?  What did you write about when you began, and what do you write about now?

Dina Elenbogen:  Even before I could write I was intrigued by the magnet letters on the board my mother hung in our basement, and I tried to form them into words. I was compelled by the patterns and music of language and as soon as I could write, I was drawn to the page to express what I could not articulate in speech. In seventh grade I began writing poetry and continued throughout high school. I began by imitating some of the poets I cherished like Langston Hughes and Bob Dylan. I wrote about love, the mysteries of life, what I saw as the unfairness of the world. My big poem in high school was called “Life.” 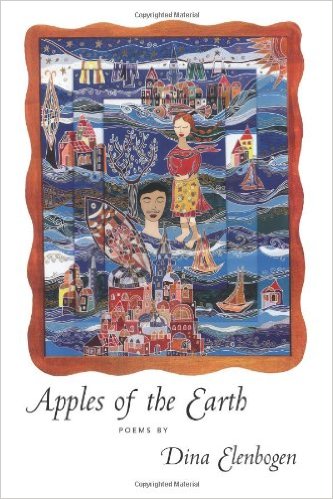 I still write to unravel mystery, to understand and speak to injustice. I hope I write about these things in a less abstract way than I did when I was a young poet. Some of the poems in my first collection, Apples of the Earth, take place in Israel where I have spent a lot of time or in the place between two countries. I have always been inspired by the natural world and so nature often informs my use of metaphor. I grew up along Lake Michigan and for much of my adult life, I have been within running distance of the lake. In my second collection of poems which I’ve recently completed, the lake is very present. My newest work also grapples with my inability to articulate some experiences and the futility of language in extreme circumstances. I still write to and about people I love, including my children.

EPL:  Can you give us a window into your writing process?  How do you begin, and what are the essential ingredients of a good poem?  Has your idea of what poetry is changed since you began writing?

DE:  Unlike other types of writing I do, I hardly ever try to write a poem. Most of the time the spark for a poem will arrive spontaneously, and I will try to follow it to a complete poem. There is an initial inspiration, sometimes the music in a sentence that is dancing in my brain or an image, a sound, a memory, feelings of profound joy or sadness. The beginnings of poems often come to me when I am running, walking, taking the train to work, cleaning debris from our garden. I write these things on pieces of paper when I’m lucky. The real work is following these leads, seeing where the image wants to take me, what it is trying to ask or tell me. The real work is sitting down with those fragments and connecting them with other fragments and sometimes building up the images and other times breaking them down to their essence and finally discovering what the poem hopes to say and then finding the right words with which to say it. I have grown to honor the process. There were times when I’d grow concerned when I wasn’t writing enough poetry and would try to bring them on but I have grown more comfortable with those busy or silent or prose-writing times, trusting that the language of poetry is waiting for me and that even if I’m not putting pen to paper, I am still making the connections and collecting images that will later turn into poems. Poetry helps me move past inarticulateness, sometimes. Metaphor allows me to go deeper into a question or emotion.

When I first wrote poetry I spent less time revising. I thought there was something magical about the first draft of a poem, especially if it seemed to have arrived as a complete poem. While I would try to make it better, I also tried to be faithful to that original impulse and didn’t go for the kind of deep revision I partake in now. I now see revision as the deepest and most satisfying part of writing.  I go through draft after draft trying to find the right word and music that will express the meaning I’m after.

Now that I write both poetry and prose, I think of poetry as the more sacred and temperamental genre. When I want to vent I write in my journal. When I want to explore an idea I write an essay. When the inspiration for a poem appears, I happily and patiently follow to see where it will lead. 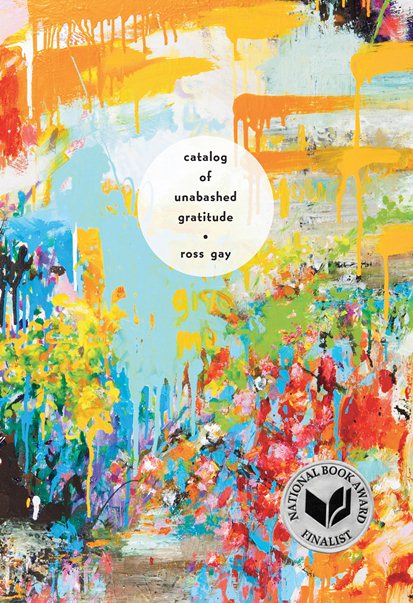 EPL:  What poets have inspired you? What are you reading right now?

DE:  There are poets whose work I have been reading for decades such as Philip Levine, Adrienne Rich, Yehuda Amichai, Langston Hughes, Edmond Jabes, Paul Celan, Walt Whitman, Louise Gluck, Rilke, Edward Hirsch. I can’t believe that only two of those poets are still alive, Hirsch and Gluck.  Rich, Amichai and Levine died relatively recently and each time we lost one of those poets I felt a light go out in the world.

I teach a lot of creative nonfiction writing classes so that informs much of my reading these days, but I am carrying around Ross Gay’s newest collection, Catalog of Unabashed Gratitude and reading it whenever I get a chance and I deeply appreciate it. Other poets I’ve read recently and love are Jamaal May and Tarfia Faizullah.

EPL:  Can you tell us a bit about the poem you chose to share?

DE:  “Missing” came as a relief during a difficult time and tied together several events that were going on simultaneously. My family and I had just returned from Italy and Israel, a day before the second Gaza war broke out. While we were there three boys had been kidnapped and, especially in Jerusalem, the pervasive mood was fear, anger, sadness. The day before we left, the bodies of the Jewish boys were found and it was clear that war was imminent. In retaliation, an Arab boy was burned by Israelis. We were horrified by all of these events. I felt both guilty and relieved to be leaving. When I got home and ran to the lake the next morning, I was struck by a sign under a viaduct about a missing 15-year-old, the age of the murdered boys. From my headphones the Rolling Stones sang “Missing.” I held onto the images of the missing teens in both Chicago and Israel and other people whom I missed and all of the other missing pieces and the poem was formed.  It tied together for me both worlds and so many intense and sometimes contradictory feelings.

Blame it on the brutal winter
tomatoes still not ripe
enough to pick
.
her mother at work all day…. sometimes missing
until midnight….. Now she’s gone
.
missing…15… black… last seen on her bike… no helmet
waiting to go anywhere
except where she went…. missing
.
.
I miss you these days
You’ve missed the point of our silence
the place where river turns to lake
.
.
Three boys missing in the West Bank
were found…. We were right there gathering
Sea daffodils when cell phones rang with the news
.
The country knew weeks before they announced
that they were no longer
missing but dead… white… 15 15 and 17
.
.
I miss when I could speak
in black and white
when words weren’t so often missing
.
.
An Israeli soldier missing
in action is dead inside his helmet
What’s missing from the story
.
is whether he had been captured
first then killed by his own
ammunition
.
.
.
I miss when I could speak
into your ear instead of dancing over the missing
spaces the way that poems do
.
The missing girl’s face
is on the tunnel below the tracks
where I run before sunrise
.
She has been found now
on the south side of the city
What’s missing is how
.
she got there
she is safe and the water’s edge where I keep
running is calm
.
What I miss
most is swimming out to the deep center
which is too cold this summer
.
Blame it on last winter. the missing sea-glass the war
that runs through us like wild rivers
even when we are missing

For more information on Dina Elenbogen and her work, please visit her website.